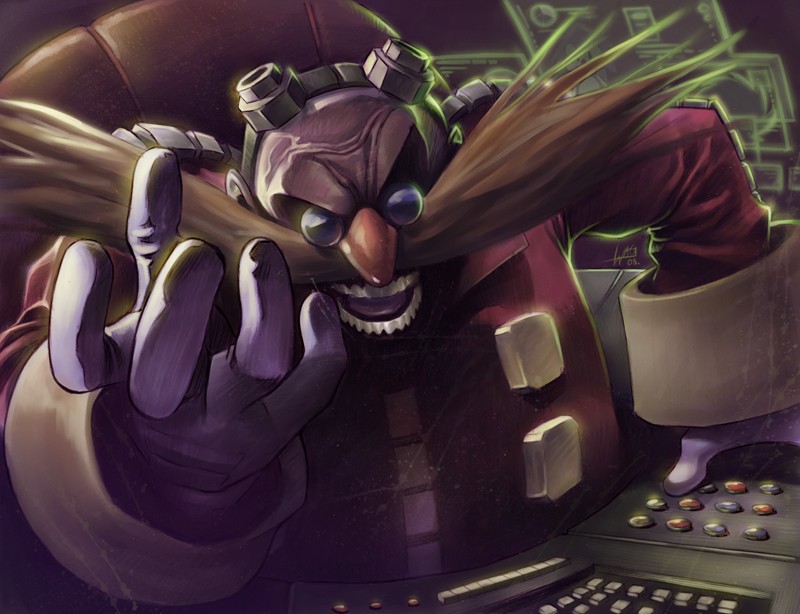 Eggman is described as being a certifiable genius with an IQ of 300. His fondness for machines has also made him a renowned authority on robotics. Ultimately, his goal is to conquer the world and create his ultimate "utopia", Eggmanland (alternatively known as the Eggman Empire or Robotnikland or Robotropolis). He selfishly never gives up on this matter, and does not care for others' opinions. He considers those who would interrupt his plans a prime threat. His abominable laughter and maniacal declarations contrast his self-professed softer side, as a romanticist, feminist, and gentleman. Despite his intelligence, Eggman can be terribly immature, prone to childish emotional fits when he is not getting his way. Although Sonic has always ruined his evil plans, Eggman begrudgingly holds a secret respect for his determination.

He has never underestimated his generals of his empire as the last group working for him accidentally had their heads explode upon failing their mission. Treating everything as beneath himself allows for acts not normally tolerated, even by a villain. 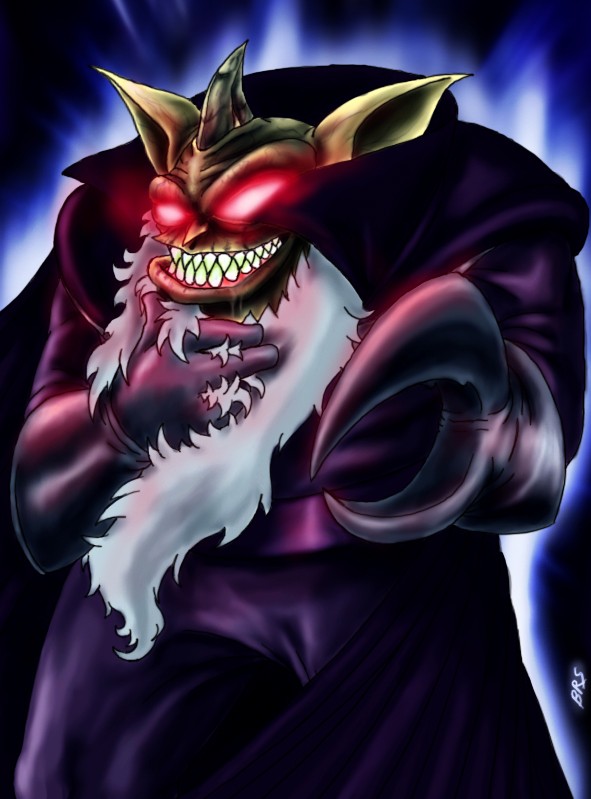 Ixis Naugus is one of the last surviving members of the Masters of Ixis and a powerful magician, born from the fusion of three other members of that group. After his creation, he was appointed Royal Wizard by Frederick Acorn. During his time in this role, Ixis helped Kodos produce a scenario in which Nate Morgan was removed from the scene in Mobotropolis. Later, Ixis created the Zone of Silence as a safe haven and a zone where he had complete control of the elements. After being locked in the Zone of Silence, Naugus remained there for years until he managed to escape along with Maximillian Acorn. Ixis became an immediate enemy of Sonic the Hedgehog and was chased around the globe for some time until he once again was trapped in the zone. 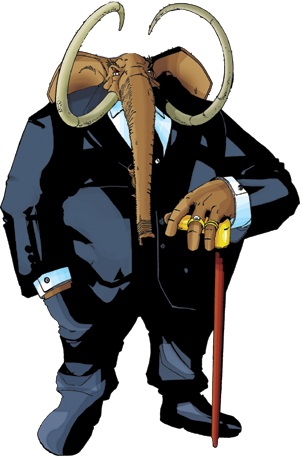 Mammoth Mogul, formerly known as Ixis Mogul when he led the Order of Ixis, is an ancient Mobian who was one of the first to be empowered by the Chaos Emeralds, during the Days of Fury. With a Chaos Emerald embedded in his chest, he gained tremendous power and immortality and decided to use his strength to rule Mobius as an enlightened superior lord. Over the millenia, he honed his Chaos powers and built up an army, only to be defeated by the Mobian Knights. After this defeat, he underwent temporary hibernation, to emerge in the present day to menace Mobius once again. With powerful Ixis Magicks and a great intellect at his disposal, Mogul has many a time come close to total domination of Mobius. But he has suffered more defeats than victories, especially at the hands of Sonic the Hedgehog, Knuckles the Echidna, Miles "Tails" Prower and their allies. This has forced him to come up with a new strategy: "patience," in which he intended to simply out-live his enemies with his immortality, and in the meantime, setting up the Casino Night Club to earn himself a vast income.

He still takes any opportunity to mess up the lives of anyone other than himself and his followers, especially that of Sonic, however he never takes direct action and instead lets his followers carry out his tasks.