Trainer's are pokemon enthusiasts, that want to become masters! While their goals can vary and so do their methods, they are all masters of pokemon! They are competitive by nature wanting to prove that they are the best. They usually go through gyms and earn badges of different masters to prove their skill.

Pokemon trainers have access to pokemon med centers, pokeballs and potions, as well as scientists and a free pokemon to start their journey of the first stage of evolution.

Pokemon trainers can be any age 10 or up, technically any race can be a trainer, but you require to be in the pokemon world to start out. They get +1 to any attribute, and +1 to another, but -1 to another attribute. 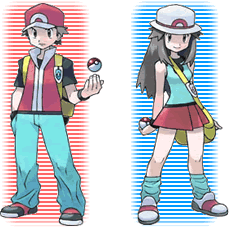 Scientist's are pokemon experts, usually to the piont of no return. They tend to not be good battlers however because of their high theory and less actual combat experience. However scientists get access to resources from poke centers and labs all over the pokemon world, and are well respected. They also have access to information on pokemon that they study to improve their skills.

Scientist's have access to pokemon med centers, pokeballs and potions, as well as labs and a free pokemon to start their studies at first stage of evolution.

Pokemon trainers can be any age 10 or up, technically any race can be a trainer, but you require to be in the pokemon world to start out. They get +2 to wisdom, and +1 to intelligence, but -1 to their strength attribute which can also not be above 4 (even with bonuses). 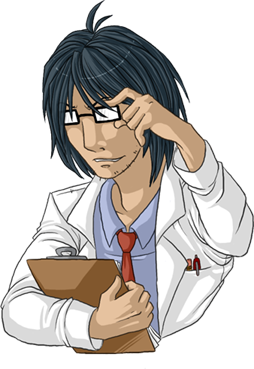 Team Rocket started under the control of Madame Boss, Giovanni’s mother, and presumably, Ash’s grandmother. Originally designed for the promotion of Pokemon intertwining with science, it wasn’t until Giovanni took control that it became the widespread criminal organization that it is today.

Team Rocket is an organization of Pokemon trainers that will go to any length, no matter how low or underhanded to win a match. They even use secret machines to weaken their opponents' Pokemon. They have a nasty habit of making their Pokemon meaner as they evolve... a darker, more vicious breed than your average Pokemon.
The most known criminals are Jesse and James along with their talking meowth that often have been following around Ash Ketchum for his rare Pikachu.

Team rocket characters are villains and as such cannot be heroes. They start with one pokemon at first stage of evolution.

Team Rocket characters get +2 to charisma for intimidation and flair, and -1 to a stat of your choice other than charisma.

Jessie and James in Uniform

Team Galactic is a criminal organization, setup in the Sinnoh region. They are led by a man named Cyrus, referred to as "Master Cyrus" or simply "The Boss" by his underlings.

Cyrus' goal for Team Galactic is to rebuild the Galaxy in his image, using some of Sinnoh's Legendary Pokémon, which are said to have created the entire world. This is not apparent to the main body of the organization however, as many of the Grunts believe Team Galactic's sole purpose is in capturing Pokémon. Saturn - a commander of the organization - admits that he has got no idea what his boss is planning.

Cyrus declares that the world is incomplete with emotions. By harnessing the powers of Dialga and/or Palkia, he can start over by erasing the world and creating an entirely new one.

Team Galactic is evil and therefore cannot be joined by a heroic character. Being a 'grunt' you must change your style to resemble Cyrus (as all grunts do) and try to find and capture legendary pokemon, by any means necessary.

Team Galactic members get +1 to dexterity and +1 to strength, however they get -1 to charisma.