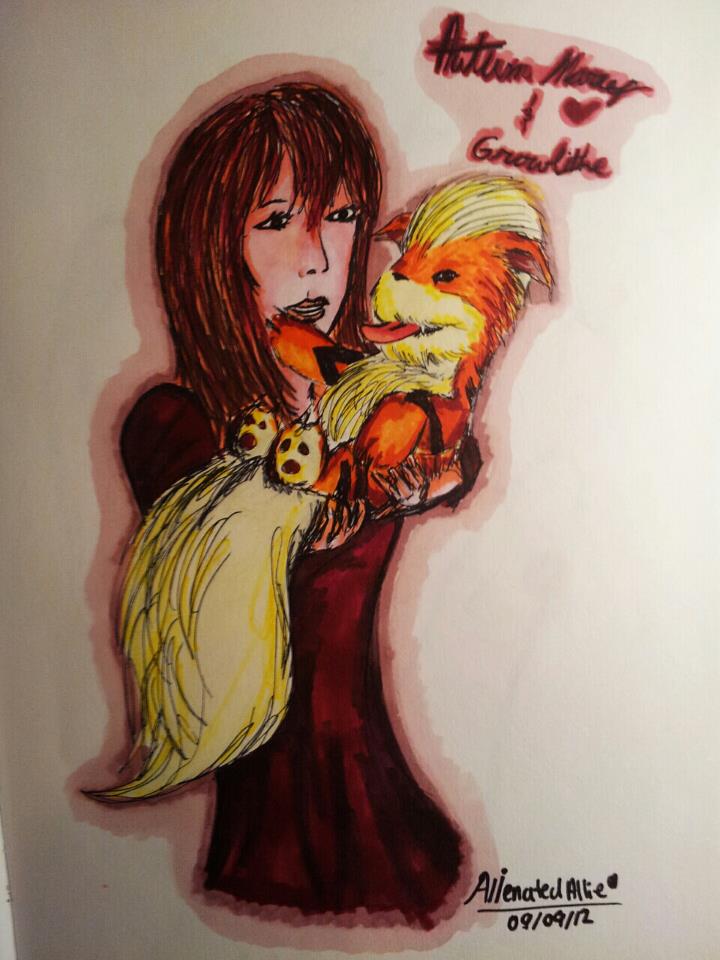 Strengths: Don’t think shes so useless without her pokemon, she can still throw a punch! This girl is tough!!

Weaknesses: Since she is human she can be very vulnerable and usually protects herself by using her pokemon.

Npc/pets: Growlithe (name not yet decided) 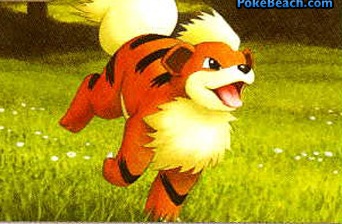 Flash Fire: Protects against Fire moves. Once one has been blocked, the Pokémon's own Fire moves inflict 1.5× damage until it leaves battle.

Bite: Bites its opponent in battle!

Flame Wheel: Hurls a wheel of flame at the opponent's pokemon!

Her life in training began just like any typical 10 year old. On her 10th birthday, Autumn received her first pokemon, a Growlithe as a way to celebrate her being able to obtain her first trainer’s license. Her older brother, who is a far more experienced trainer of 15 years of training (25 years old) and participating in gym battles across the world and winning many badges, he personally caught the growlithe for Autumn knowing she would love it and has always wanted a canine type but still doesn’t know enough about other types, but he thought the average beginner normally starts with the three elemental types (fire, water and grass) so starting her off with an easy growlithe seemed most appropriate. Growlithe ended up becoming her best friend and loyal companion from there on.

Through time, after leaving home for the first time on her journey as a trainer. Catching pokemon and participating in gym battles and gaining her first badges. Everything seemed amazing, perfect with her pokemon companion Growlithe. It almost seemed…that they were unstoppable…until…

That….GIRL….!
There were no doubts, no fear of losing, she knew she was meant to take it to the top, to be like her big bro. Until she lost to her…

“You really shouldn’t let your growlithe run off like that, what if it attacked someone?”
Shocked, furious…Autumn pointed out at the girl, “Look what you did!! You scared off that pokemon! What are you even doing in these parts!!!!???”
“Ive just been on my way, like any other person. And if you excuse me, ill be going.”
Steaming at the lost of her pokemon, she stepped up, “NO!! AFTER THAT YOU OWE ME A MATCH!!”
“Uhm…ok…if you say so.” She looked at Gangar who nodded in agreement to this battle.
“Heh, so be it!”
As the 2 pokemon stepped out in front of eachother, trainers behind pokemon as they stared off face to face. Autumn smiling, as yet another battle begun. Anna , the girl stood there with her arms crossed as she awaited the battle to start.
“shall we start?”
“Lets”
As Autumn sent out her Growlithe, immediately using the attack Intimidate to weaker the Gangar as known it was a much higher level pokemon and in its highest evolutionary form.
The Gangar stood there, as the Growlithe began its move…the Gangar just stood there with its big creepy grin on its face.
“Growlithe use flame wheel!!” She ordered as it ran out and hurled up a giant flame wheel at Gangar. Autumn seemed surprised to notice the Gangar missing, “what?!” As it laughed as it floated above the flame in the air. “Your not to familiar with ghost pokemon now are you?” said Anna. Autumn sort of growled in annoyance as she quickly flipped out her pokedex to examine Gangar’s type “Gengar, the Shadow Pokémon. Gengar is the final evolved form of Gastly. It can absorb any surrounding heat, leaving a sudden chill.” “I see…” Autumn muttered.