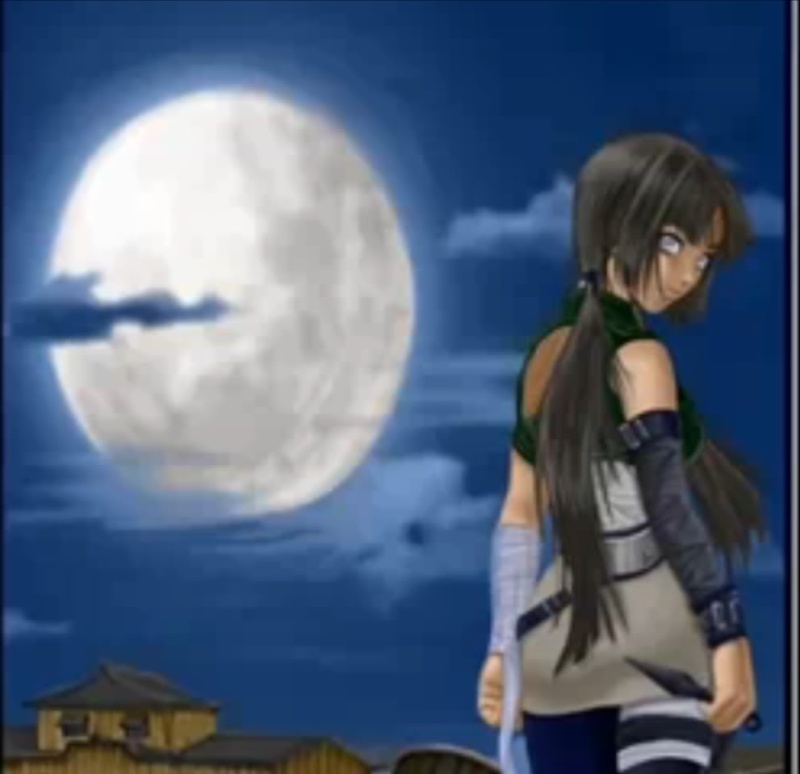 Taijutsu
Description- Eliza's hand to hand fighting style relies mostly on touching an opponents weak points. Using her own chakra she can then damage the vital organs of the opponent with little to no actual physical damage to the body, and with little to no contact. She is undefeated in hand to hand combat, the only one to give her trouble was Guy sensei with his furious fist, an exact opposite to her own gentle fist technique.

History-
Eliza was one of the few of the hyuuga clan allowed to become a genin outside of the head of the family. She is still not respected within her clan, but respected by the village as a whole. She had a hard past of constant battle and loss, including the loss of her only sister, and her parents. The clan rejects her because of her biggest secret one only the main family and the Hokage are aware of.

Personality-
Eliza is both fun loving and strict. This causes her to be emotionally everywhere! One moment she will be wanting to talk about sport and art and going to a movie, the next she'll be working your butt into the ground, no excuses. She is revered and feared for this reason. She is also a big fan of dumplings, and tends to go on dates more often then one should...