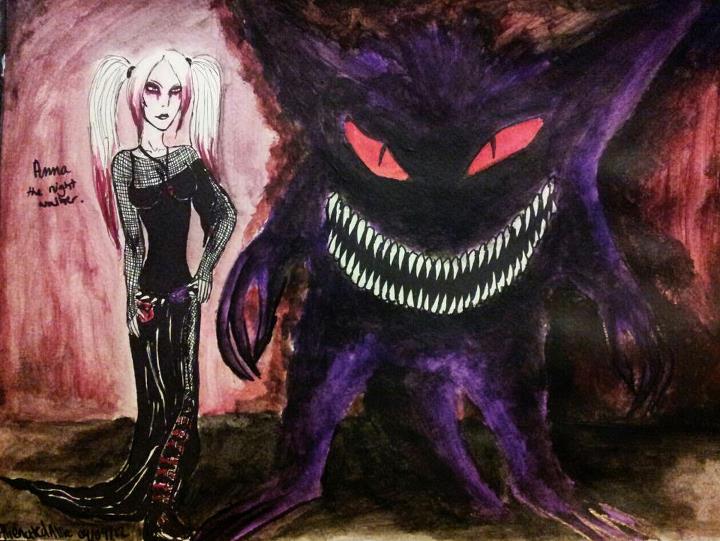 Universe of Origin: Pokemon
Race:Human
Class:Trainer, though she does not claim herself to be.
Languages:Human, english
Inventory: 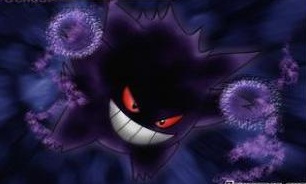 Strengths:She is strong in magic and will sometimes help fight along side her Gangar as her pokemon companion, not a slave as she would call it.

Weaknesses: When caught in close combat she is at her worst advantage, being as frail as she is. Gangar normally acts as her personal body guard or protector.

Biography:Anna lived an odd life. She grew up in a large tower living with her father who was a pokemon scientist. As a little girl growing up with a father full of so much knowledge, she grew up seeing more pokemon than a trainer could even recall seeing in his or her life. Her father taught her everything she needed to know about pokemon. She loved all types of pokemon, seeing them as equals...in fact it saddened her to see them in cages and being experimented on most of the time...it disturbed her being around it so often. One day, about the age of eight, she became frightened in her sleep by a small ghastly that seemed to come from no where. While being rather scared, her curiosity of pokemon still got the better of her. Every night she started to find ways of luring it out of hiding, to find someone to play with and be her friend. In time, they soon became the best of friends. Her father not knowing where the ghastly came from (probably the cemetery.) He decided it was ok for his daughter to have this pokemon companion as long as it did no harm to her in any way. And that it didn't. It ended up becoming one of the most important and loyal companions a person could ask for.

Twenty years later, and here she is now with Gangar. The best of friends.

Now in her later years, as a teen going into adult hood...maybe growing up a tad weird but that won't hurt anyone. She wasn't the one to end up becoming a pokemon master, she had a much better goal than that. She wanted to find just what her main purpose in life was. So with that she left home to travel, to find herself. Soon enough...she would find out just what she's looking for.