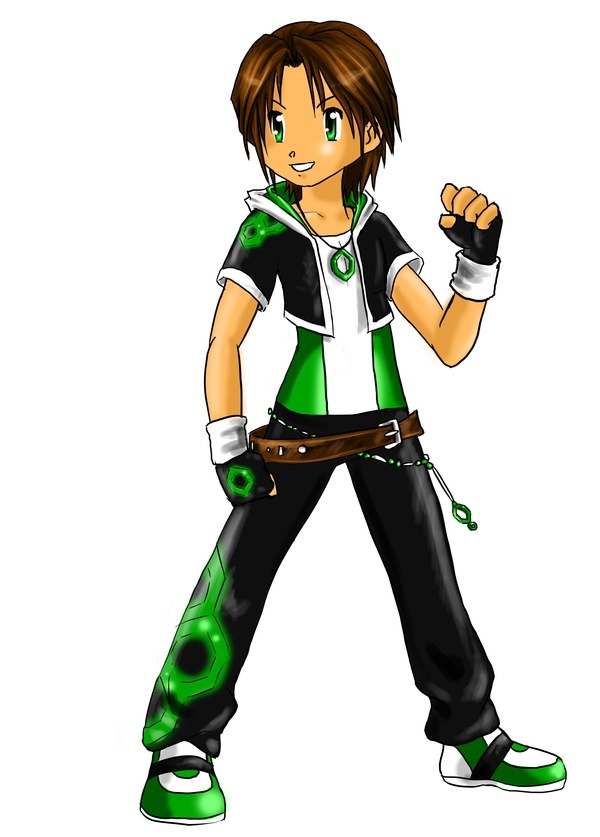 Universe of Origin: Pokemon
Species/Race: Human
Faction/Class: Trainer
Languages: Human, English
Inventory: He carries a few items on him to be preparred to heal his pokemon when needed 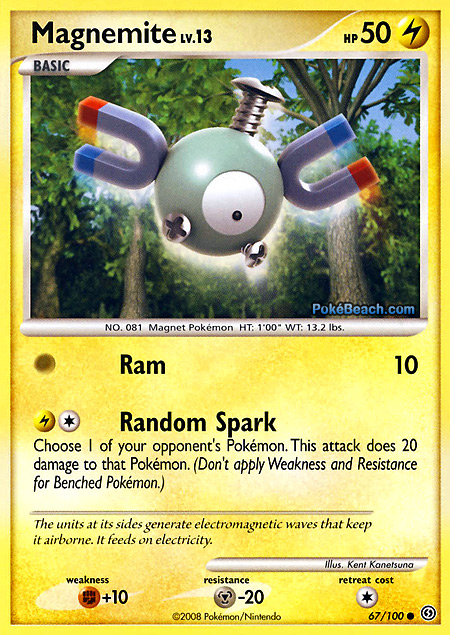 Thunderbolt does damage and has a 10% chance of paralyzing the target.

Protects the user from all effects of moves that target it during the turn it is used, including damage. This does not include damage afflicted by weather conditions it is susceptible to, or damage from a status ailment that it obtained on a previous turn. Using Protect, Detect, Quick Guard, Wide Guard or Endure consecutively (not counting turns spent using items) decreases the chance of success by 50% each successful use.

The following moves cannot be stopped by Protect:

Flash Cannon does damage and has a 10% chance of lowering the target's Special Defense.

Gyro Ball inflicts more damage the slower the user is compared to the target. Therefore, the larger the relative difference between the user's and target's Speed stat, the greater the damage. The base power is calculated by the following formula:

The maximum base power that can be reached with Gyro Ball is 150.

Personality: Magnemite generally keep to themselves. They are quiet and do not bother people. However, if anyone gets near them with magnets or something that emits large amounts of electricity, they can be attracted to such an object. Magnemite are very neutral, but they are very eager to please their Trainers and will fight hard. If a wild Magnemite is approached, they will usually go away as they don't care for interaction, however, if attacked, they will retaliate with non-damaging moves such as Thunder Wave or Supersonic. If the attacker persists, they will start to use damaging attacks such as ThunderShock or Magnet Bomb, and in extreme cases, Zap Cannon.

STRENGTHS: Allan is strong willed and will protect his pokemon no matter the danger. He is also a great strategist when it comes to pokemon battles and knows how to make a potential loss turn into a victory using his knowlegde and wits.

WEAKNESSES: Allan is weak and uses his pokemon to do his battles for him (as all trainers do) but he will jump in front of an attack for his pokemon should they be in danger which causes another issue in the fact that Allan as with many humans is fragile and unable to hold against an attack from an experienced attacker so he tends to get real hurt doing this. (Ex a Ninja or a Pokemon attack.)

Personality: Allan is kind and smart but kind of cocky and confident in his skill. He is intelligent when it comes to battleing and overall knowledge which makes him know many moves of Pokemon.

Biography: Allan was raised by an Engineer who worked at the local power plant. His father John Richardson had a Magnezone that used the powers Mirror Shot, Magnet Bomb, Thunderbolt, Protect which he uses to recharge and maintain the power plant. Allan was raised to be nice to others by his father. Allan had a dream to become a trainer in order to know more about Pokemon. One day his Magnezone bred a Magnemite that seemed to be very attached to Allan so his father allowed Magnemite to be his sons Pokemon. However tragedy struck and when his son was ready to go on his adventure his father fell ill. Allan tried to help his father in getting the power plant running but his father knew when his son was 18 that this was not what his son wanted to do. He told his son soon after that he should be living his own dreams. Allan then went off with his Magnemite to explore the world and learn as much as he could about pokemon maybe even become a breeder.