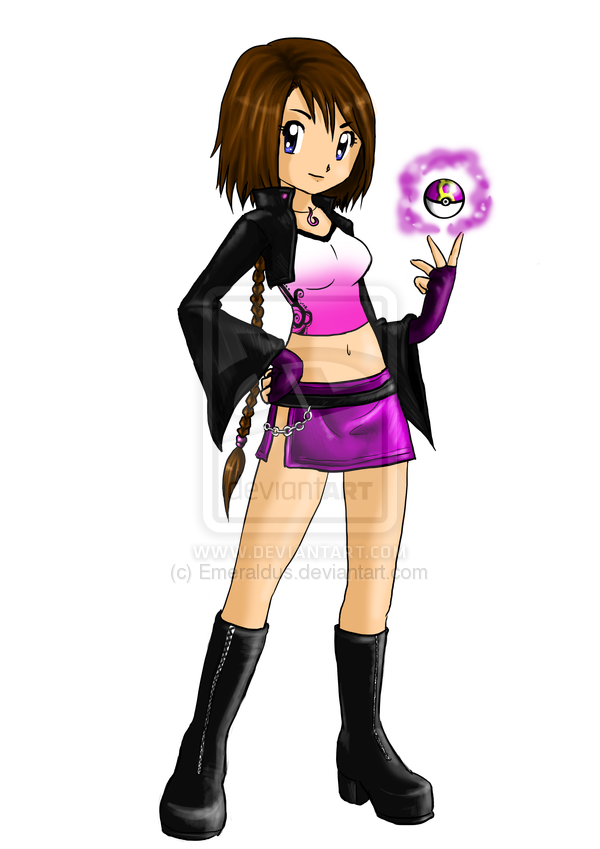 Universe of Origin: Pokemon
Species/Race: Human
Faction/Class: Trainer
Languages: Human, English, Japanese
Inventory: She carries a few items on her to be preparred for survival in the wilderness 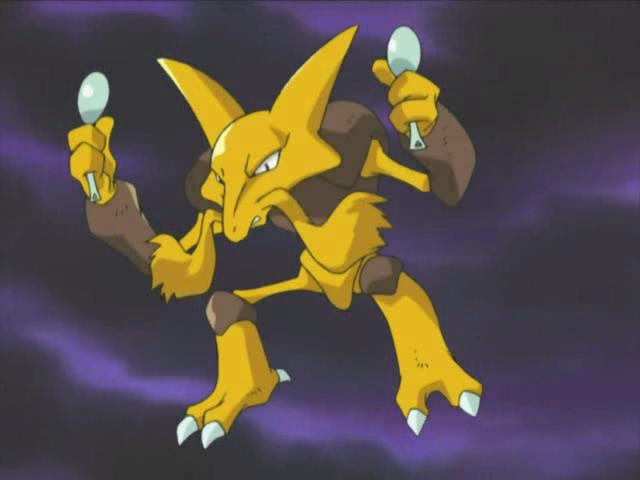 Teleport can be used to flee wild Pokémon battles. Teleport will fail if the user is under the effect of a move such as Wrap or Whirlpool, or if an opponent has the Shadow Tag or Arena Trap Ability. In battle Teleport protects the user from all effects of moves that target it during the turn it is used, including damage. This does not include damage afflicted by weather conditions it is susceptible to, or damage from status ailment that it obtained on a previous turn. Using Detect, Protect, or Endure consecutively decreases the chance of success by 50% each use, whether it is successful or not. Detect cannot prevent the effects of Perish Song.

The following moves cannot be stopped by Teleport:

Teleport warps the player to the last place they visited (a Pokémon Center, home, etc.). Teleport can only be used outside—it has the same restrictions as Fly.

Psychic does damage and has a 10% chance of lowering the target's Special Defense by one stage.

Recover restores up to 50% of the user's maximum HP.

Confusion does damage and has a 10% chance of confusing the target.

Personality: Alakazam's brain continually grows, infinitely multiplying brain cells. This amazing brain gives this Pokémon an astoundingly high IQ of 5,000. It has a thorough memory of everything that has occurred in the world. While it has strong psychic abilities and high intelligence, an Alakazam's muscles are very weak. It uses psychic power to move its body. Closing both its eyes heightens all its other senses. This enables it to use its abilities to their extremes.

WEAKNESSES: She can feel what the enemys and her pokemon are feeling which can cause her great pain. She relys on her pokemon to battle.

Personality: She is kind but shy because she has had little human contact preferring to stay with her pokemon to help her learn to control her mind.

Biography: As a young child she could not control her psychic abilities her parents fearing that they would drive her mad traded a pokemon and got her an Alakazam to help her control her mind. She spent much of her childhood in the company of her Alakazam learning her abilities and how to control them before deciding to come on this journey.

RP SAMPLE: Getting into a battle with a wild Gyrados Sophia says in Kaza's mind "Kaza use Confusion." Confusion hits but does not confuse him. Gyrados uses Dragon Breath. Sophia calls in Kaza's mind again "Quick! Teleport behind it and use Psychic!" Kaza does so saying "Alakazam!" Psychic hits pissing Gyrados off. Gyradose uses Hydro Pump hitting Kaza. Losing her cal she calls out "KAZA!" She then says to Kaza's mind "Quick use Recover!" Kaza uses it recover 1/2 of his max health. Gyrados decides to use Dragon Rage as Sophia calls out to Kaza's mind "Kaza! Teleport to me!" Kaza doing so. Gyrados continues its assault and manages to hit Kaza for 1/4 health. Deciding that this is a battle they cannot win at that current level Sophis says in Kaza's mind "Kaza! Teleport us away!" They teleport to the last pokemon centre they were at where they wait for Kaza to heal.
Current date/time is Sun Jul 03, 2022 4:43 am